Help for parents of autistic children

Through raising our autistic son, my wife and I have become very familiar with the complete physical, mental and emotional exhaustion that ASD often entails.

We hope we can offer some help for parents of autistic children, through sharing our experiences, as well as any tips or learning we have picked up along the way.

As silly as it sounds, one of my most hated questions to be asked anymore is “what are you guys up to on the weekend?”. 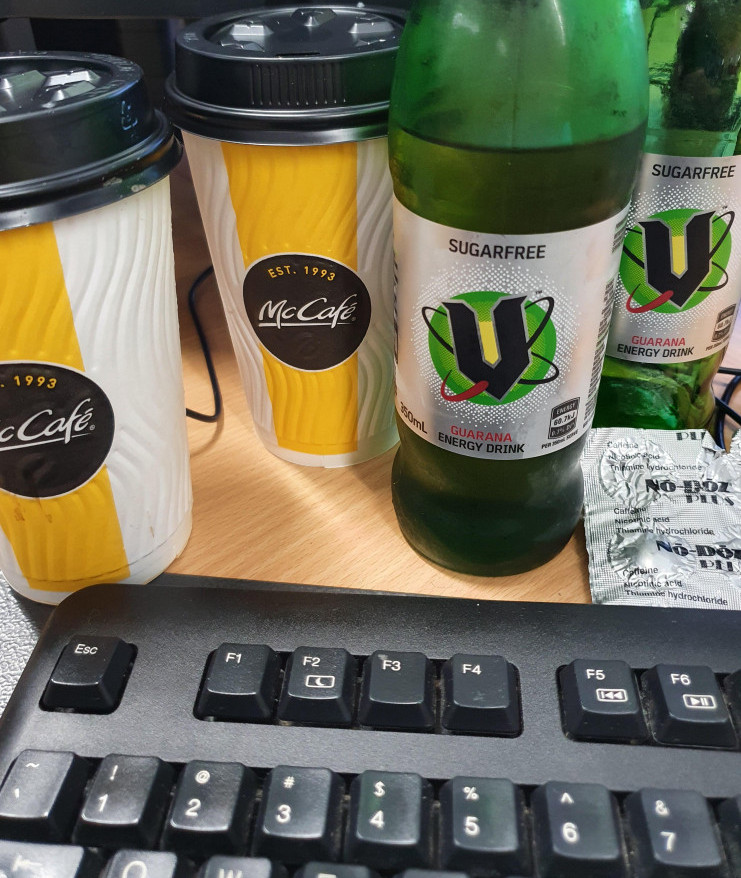 Above: This is very frequently the set up on my work desk on a Monday morning.

It sounds silly to not like being asked such an innocuous question I know, but when your entire weekends are completely dedicated to keeping your children happy, smiling, cleaned, fed and occupied, it truly doesn’t leave a whole lot of ‘weekend’ for yourselves.

It’s not that we mind looking after and entertaining our children, we both absolutely love spending time with them both, it can just be very tiring with 2 very energetic kids, 1 of which we have to carry everywhere, as she can’t walk yet, and the other who charges at 100 miles per hour all day.

This simply means we end up back at work Monday morning, about 200% more exhausted than we were the Friday before.

I know this certainly does not make us unique in any way, and understand many of you are going through this, and in many cases, likely much more.

The majority of our weekends are spent trying to find more ways of getting our children to burn up all the energy they possibly can, to try to ensure we can get them both down to sleep at some kind of reasonable hour. 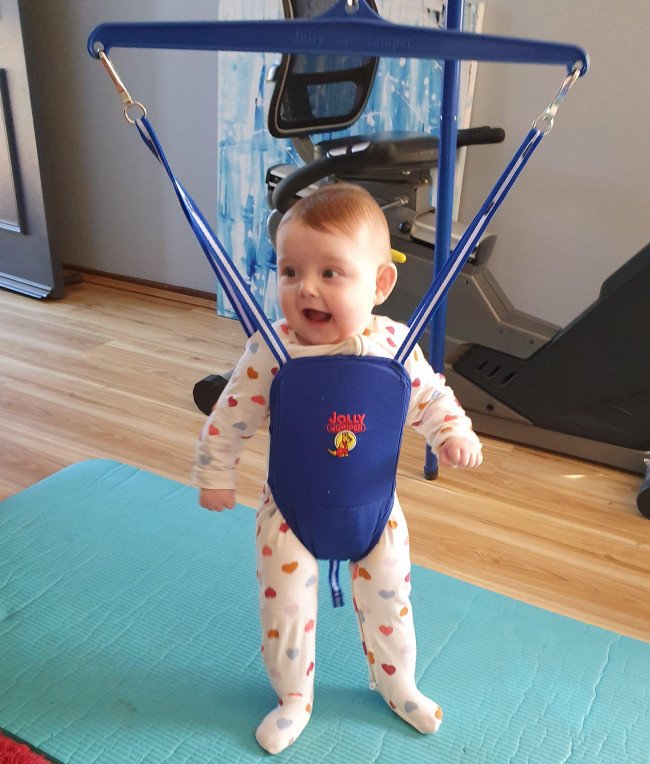 Above: Ava in her Jolly Jumper-something I highly recommend for parents wanting to tire their children out.

This endeavour will often include taking our son to even 2 or 3 different playgrounds in one day, trying new toys, playing and swimming in their kids pool, and practising Andre’s words. 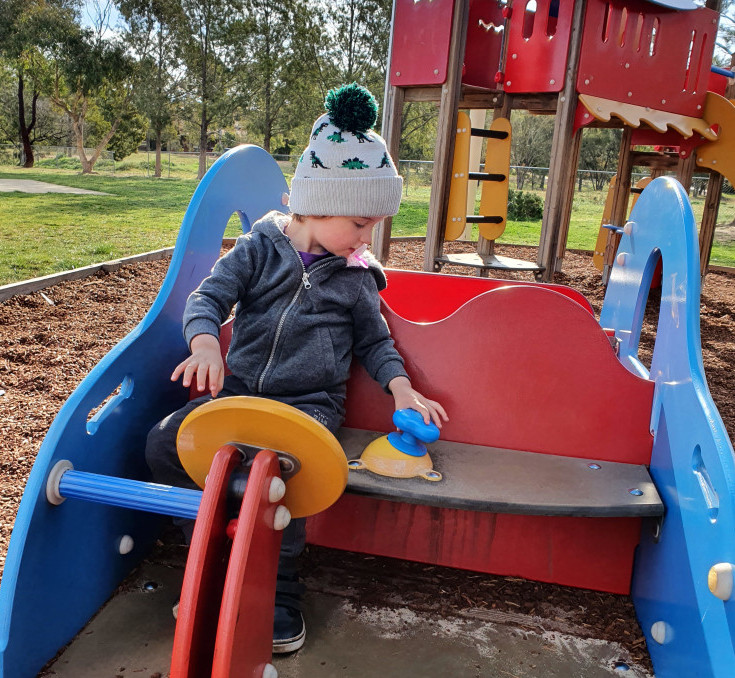 Parenting autistic children can be ridiculously exhausting, hence the description above has been every weekend for my wife and I for some time now, with the intensity increasing ever since the arrival of our daughter Ava in March 2020.

Prior to Ava completing our family unit, our son Andre had finally started sleeping all the way through the night without waking up.

He had been doing this only about 2 months when Ava came along, after spending his first couple of years waking up anywhere between 2 and 4 times a night.

Basically up until that point, we assumed that was normal behaviour for a toddler, as we only got Andre’s Level 3 Autistic diagnosis 6 months after our daughter was born. 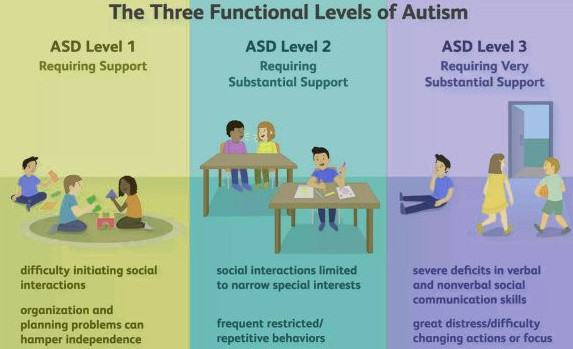 Once Ava arrived on scene, Andre’s sleeping patterns did become more disturbed again, waking up 1 to 2 times a night again.

The prescribed melatonin that he has every night has done wonders for getting him to sleep, so again I can’t recommend enough talking to your paediatrician about whether this is an option for you if you have a child struggling in these areas.

As I write this, Andre still now wakes at least once a night, and when added to the expected task of still having to get up for our 10 month old daughter 1 or 2 (on bad nights 3 or 4) times a night, the stress and fatigue really start to add up.

Currently Ava is teething, so without exaggeration, we are currently up getting bottles of milk and nursing her back to sleep around 8 or 9 times a night! I now know what they mean by ‘burning the candle at both ends.’

After we’d had our son diagnosed, we finally at least had some understanding as to possible causes of his often erratic behaviours, delays with words, and phenomenonally theatrical temper tantrums.

I have had heard mixed answers on how old a child needs to be before they can be diagnosed, but if you are yet to receive any diagnosis and are experiencing some of the same issues, I would highly recommend trying to talk to a paediatrician if this is an option available to you.

We have  started putting a scoop or 2 of magnesium in some of Andre’s cold drinks lately, which is said to help calm things like restless legs and other similar issues.

As I struggle with restless legs and muscle cramps myself somewhat regularly (due to nerve damage), I know how horrible it can be trying to rest when your body is spasming in parts.

So when our son’s legs are lying on his bed kicking away, despite him barely being able to hold his eyes open at times due to tiredness, I’m always keen to do absolutely anything I can to help our little guy get some rest.

Naturally, some of the hardest parts with Andre, are times like last night, when he wakes up screaming and crying around midnight. 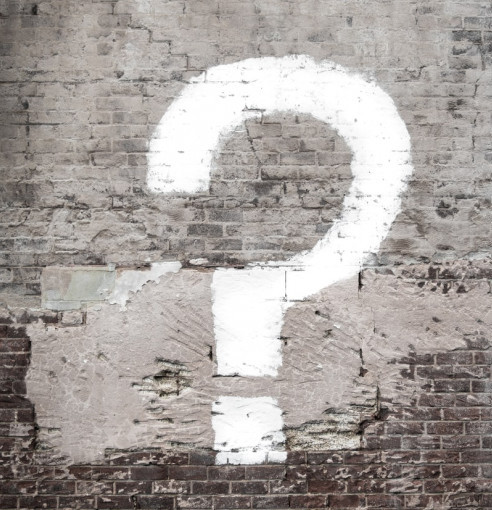 The difficult part with these wake ups, is generally trying to figure out exactly what the issue is. Because our son is nonverbal currently, practically everything for us is just guess work.

When Andre wakes up screaming, like he’s had a nightmare, and pulling at his PJ’s, top and bottom, as if he wants them off, but when we tried to help him undress, he just got more upset, so maybe not that.

Then, it’s always a process of elimination to try to determine the cause of him being upset.

Aside from his clothes, there is of course the fabric of our son’s duvet cover that could be causing his discomfort, or his pillow case, or even his sheets.

Other factors we always take into account are the temperature of the room, the ambient lighting, the white noise sound machine, or even, as is quite often the case, it can be that he has simply dropped one of his ‘items’ on the floor, under his bed.

I say ‘items’ because these are the things our son carries on him all day, as I’ve previously mentioned in other posts. Andre will practically always be holding one item in each of his hands, as he goes about his day.

These items are not always toys, and can be all kinds of things. As I write this, our son’s current items he has on him at home at all times consist of 2 of any of the following:

As Andre is currently non-verbal, he can say singular syllable words, one at a time, but is yet to speak any sentences, or able to answer simple questions.

Unfortunately this currently goes as far as ‘Yes’ or ‘No’ as he very rarely says yes, and sometimes says no to something, but then gets upset if he doesn’t get it, or it’s changed for something else.

These are the biggest areas I want to help my son as much as I possibly can in, as I have seen what dramatic transformations can take place in these cases when early intervention is implemented.

I hope that in future posts here on our site, we’ll be able to share more stories of successes we’ve had in these areas.

Sometimes it can be hard to explain to people the difficulties involved with raising a child on the spectrum, especially since areas such as communication are such a tricky thing to master, and find common ground on, with a non verbal child.

Many people have simply told us things like  “Don’t worry, he’ll be fine, our son was four years old before he said a word and now we can’t shut him up.”

But those of you in similar circumstances will likely be able to relate to the simple differences that simply exist when you have a child on the autism spectrum, that quite often, others don’t really see.

The types of differences I refer to, at least in our situation, when compared to other children of our son’s age group are:

Another big one for us, as mentioned in other posts, is that he gets very fixated or even obsessed with various things at different times.

For Andre, this involves watching the same Wiggles special, or a particular episode of Play School etc, over and over, every time he watches anything.

This usually lasts around a week or two, before he goes back to that focus being on another episode.

The things he carries with him constantly you can not take from him(at least not without a huge fight on your hands) until they are replaced by something else.

There are of course many other differences  that we’ll spot from time to time, but these are, at least at this point, the main ones we deal with on a daily basis. 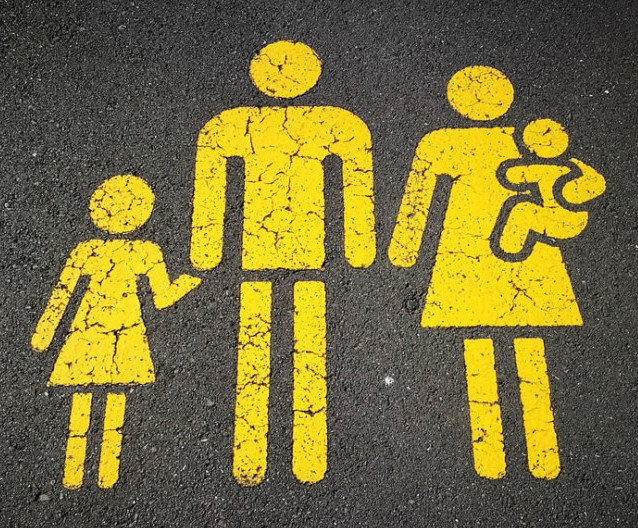 As our knowledge and familiarisation in various strategies increases, we will certainly be sharing more and more of what we have learned, in hopes of helping those of you out there in similar situations.

Gaining any kind of insight when dealing with some of the struggles associated with Autism spectrum disorder, as to what may be going on inside our children’s heads, and what may be triggering them to react in certain ways, can be absolutely invaluable, life changing information.

The guys at Autism Works have a wealth of handy resources, products and information that can truly help parents in assisting their autistic children with managing their emotional states.

Tyler McNamer is now an uthor and motivational speaker, who was diagnosed with Autism aged 2. Tyler is truly inspiring for parents of autistic children, as he has already proven what can be achieved, despite an autism diagnosis.

When No doesn’t mean no 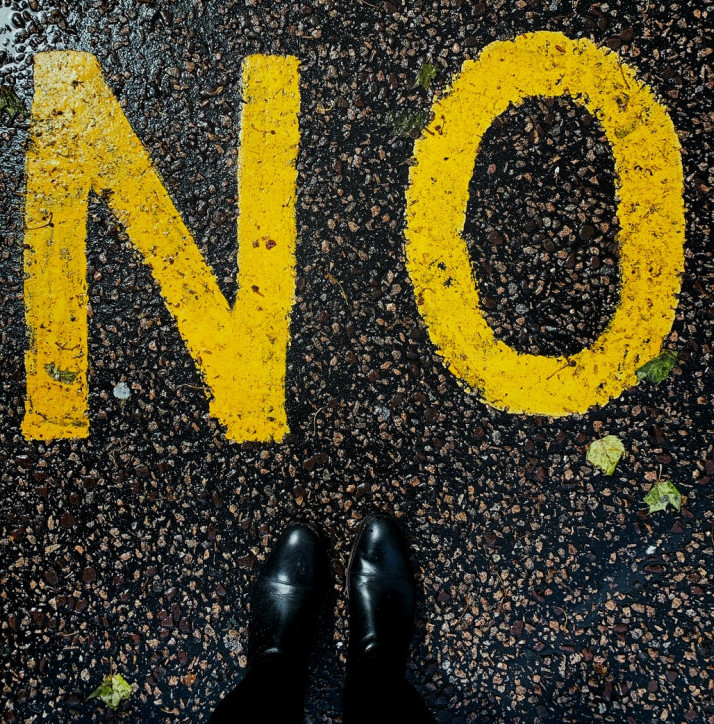 One handy thing to keep in mind when attempting different approaches in these areas, is that quite often the word “No” simply repeated over and over by parents of autistic, (or non ASD children too) can be completely ineffective in preventing certain behaviours or actions.

As parents, we have, as most can other parents can probably relate to, at times told both of our children no to something multiple times, then stared in bewilderment when the child continued, and practically ignored the no request.

We as parents can repeat “no” until we’re blue in the face, but without any reinforcing action or consequence, it’s basically an empty request to a child, i.e. there is nothing that would force them to rethink their approach.

My wife and I certainly know the meaning of ‘beyond exhaustion’ these days, so if sharing some of our stories, insights and mistakes, can help any of you out there going through similar situations, we’ll be very happy with that.

If we’re able to assist in you not having to make the same mistakes as we did, hopefully it will help you in creating a peaceful, supportive and understanding home environment for you and your family.

These suggestions, and little hacks that we have developed to help us cope with our parental demands, on top of all the other avenues of life, are what have helped us pull through during particularly trying times and situations.

Well,  that, as well as a lot of black coffee and energy drinks.